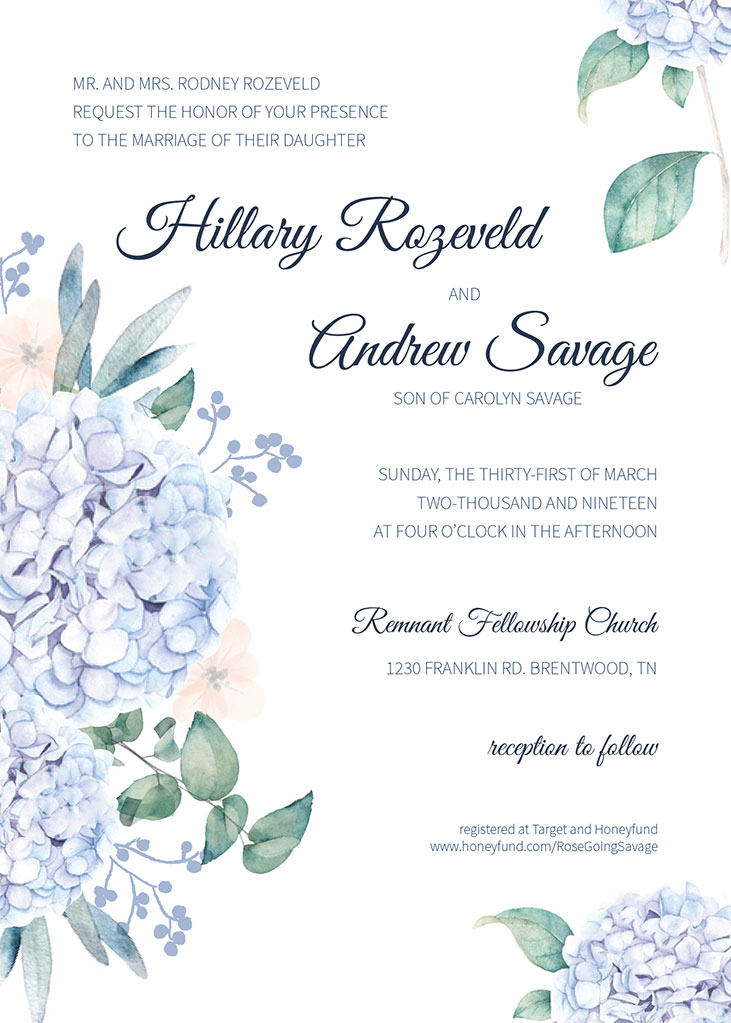 The Couple is registered at:
(Click on the links below to go directly to their registry)
Honeyfund and Target.

When I first was introduced to weigh down in 2004 I was a stubborn, rebellious, and hurting teen. My mom went to her first Weigh Down class and was hooked. She wanted me to go but I didn’t want anything to do with it at first. So, my mom and dad picked me up from football practice and took me to sweet Cliff and Lisa Peters’ house. I could not get over how genuine they were…not just by how they talked, but by their actions too.
While this was going on my dad was diagnosed with primary progressive multiple sclerosis and it was affecting his walking and was only getting worse. As a 14-year-old, I had no idea how to handle it. I went into a depression and latched on to anything I could in high school: drinking, partying, and doing drugs, as well as focusing on my football career more then the needs of my family. So I did something I thought I would never do. I reached out for help, and Cliff Peters was that person. I’ll never forget that time and conversation with him. He never judged me or looked down on me. He only ever was encouraging. He told me this: “You need to make God your priority and everything will follow.” Those words have stuck with me since then. That was the turning point in my life. A few years later, my family and I wanted to be closer to the home location of this Remnant Fellowship Church, and so we made the decision in 2007 to move to Tennessee from California.

“I thank God for everything He’s done, and I’m grateful for this Church’s leadership for the example they live out every day. I want this marriage to glorify God and prove that these teachings and principles bear fruit, and I want us to be an example to the next generation.” – Andrew

Moving closer to more people who genuinely loved God and each other was the best decision we ever made! Over the years, taking care of my dad was the most humbling thing I could do. God put me in a position to learn patience, obedience, and love to someone other than myself. Some people would tell me it must have been a burden to help my dad, but I feel like it HELPED me grow to be a better person and I thank God for the opportunity He’s given me to serve for His glory.

Several years later, I met Hillary. We met at her cousin’s Wedding that took place in Michigan. She was a sweet girl who wanted to love God as much as I did. When I was I thought about going on a date with her, I wasn’t necessarily interested in dating at the time. But we hit it off! She has a servant’s heart and loves to help others, and she puts others’ needs above her own. She’s been there for me in my times of need and has helped my family. God has blessed me with an angel, and if it wasn’t for this Church and what we are learning here, I would have never met my soulmate. Even when my dad passed away last year she was there every day and every hour for me, my mom, and my sister to comfort and meet our every need.

I thank God for everything He’s done, and I’m grateful for this Church’s leadership for the example they live out every day. I want this marriage to glorify God and prove that these teachings and principles bear fruit, and I want us to be an example to the next generation.

Honestly, I never would have thought I’d get to this point without God in my life! My mom had been taking classes with my grandma, sweet Ruth Beld, back in 1997. In the spring of 2002, when I was just 10 years old, my mom decided to make the step to join this Church, the Remnant Fellowship, with all five of us children in tow. We had been church-hopping for as long as I can remember, from the old singing-from-the-hymn books to the newer, youth-friendly churches that had a very watered-down version of God’s true teaching of loving God first and laying out ALL of my sins. My mom put the teachings of Gwen Shamblin Lara and God’s Word into practice and had a complete change of life! She lost her excess weight, quit smoking, and put down strongholds that were hindering the relationship between my dad and her. She became such a better person to be around, and because of the fruit she bore from all of this, my dad soon joined and started following the teachings and principles as well. We made every effort to visit and spend time in Tennessee around the fellow Saints, and we attended pretty much all of the Festivals and gatherings that we could.

From the time we joined this Church in 2002…up until 2014 when I made the move to Tennessee, I lived in Michigan. Even though I had been a member of this Church since age 10 and had since grown up in this place, I definitely wasn’t as strong as I thought I was…especially in high school. I got caught up in the wrong crowd and began going down a path that wasn’t going anywhere good. Where I should have been was in the middle of this Church, where I knew I would be pointed up to God and encouraged and where my best friends were, but my quietly stubborn and prideful self believed I didn’t need that. I thought I could totally handle this on my own. Oh…I had been so wrong, and I hurt people that I was so near and dear to. It was an eye-opening experience, and I wanted to make sure to never EVER do that again.

“God, I’m not going to grab for this man! I don’t want to go outside Your boundaries, and I don’t care if I just end up being the awesome aunt to all my friends’ babies. I’ll be that aunt if You want me to. I want to make sure You’re glorified in this and that Your Will is done.” – Hillary

Fast-forward to a few years after I graduated high school…and I was trying to figure out what to do with my life. I had been encouraged to possibly look for a job down south, and sure enough, I was hired pretty much on the spot at Publix. So, I packed my things, kissed mom and dad and my four other siblings goodbye, and I made the trek down to the warmer state of Tennessee! Let me tell you, it was one of the best decisions I’ve ever made. It was so refreshing and so amazing to be so close to the Saints and to see them day in and day out. Everything has been so encouraging, so blessed, so AWESOME. And it still is!

Throughout this entire time, being too focused on boys had never been a struggle for me. In fact, I only began wanting to even date someone when I was 23 years old. I mean, yes, I occasionally kept an eye out, but I never truly pursued a relationship like that. Having a boyfriend wasn’t what God had in mind for me for a while. It wasn’t until I started watching my friends get into relationships with sweet, loving, and God-fearing men that my interest in finding one myself piqued. It grew even stronger when those friends began getting married.

The first time I met Andrew was actually at a Wedding in my home state of Michigan. I had heard about him more, though, through a good family friend of ours, and I heard what a great, Godly man he was. A conversation about boys came up one time with my dad, and out of all the guys I mentioned, Andrew was at top of his list! Apparently, he had helped my dad with building a cabin here in Tennessee, and he really liked what he saw in Andrew.

I tried to learn more about him and his life, but I never tried to grab for the relationship with him that I really wanted. God knew that I had always wanted to have a family and have kids, but He was waiting for me to do something first. I remember one night, sitting alone in the apartment I shared with my brother, thinking about whether I was ever going to date anyone and find that God-fearing man I so wanted. I fell down on my face then, and basically said “God, I’m not going to grab for this man! I don’t want to go outside Your boundaries, and I don’t care if I just end up being the awesome aunt to all my friends’ babies. I’ll be that aunt if You want me to. I want to make sure You’re glorified in this and that Your Will is done.”

This heart…this expression…was what God was waiting for from me.

Within a few days, after I had given this up to God, we went out with some friends, and soon after our first outing together, Andrew wanted to go out on another date – just the two of us. And here we are now! He was quickly loved by everyone in my family, related and not, and I know it was because of how he was raised in this Church. I have learned so much about him and how saintly he is. He puts others before himself, and when he could have been out doing what he wanted, he took care of his father and made sure that his parents were cared for. He’s always able to point me up to God and make me smile no matter how my day has gone. He is all I wanted in a man and more, and I couldn’t see myself with anyone else. God has blessed me with the most perfect man!

All of this, and where we are currently in our lives, could only be because of following and obeying our God Almighty, and to our incredible leadership at Remnant Fellowship Church who have laid down their lives to make sure that these life-changing teachings are heard! I wouldn’t be where I am today if I didn’t give this up to God and put into practice the teachings of this Church. I am excited to see where God leads Andrew and I as we take our next steps in our new life together. And I know, as long as we keep God first in our lives and His desires first, we will have a prosperous and bright married life ahead!